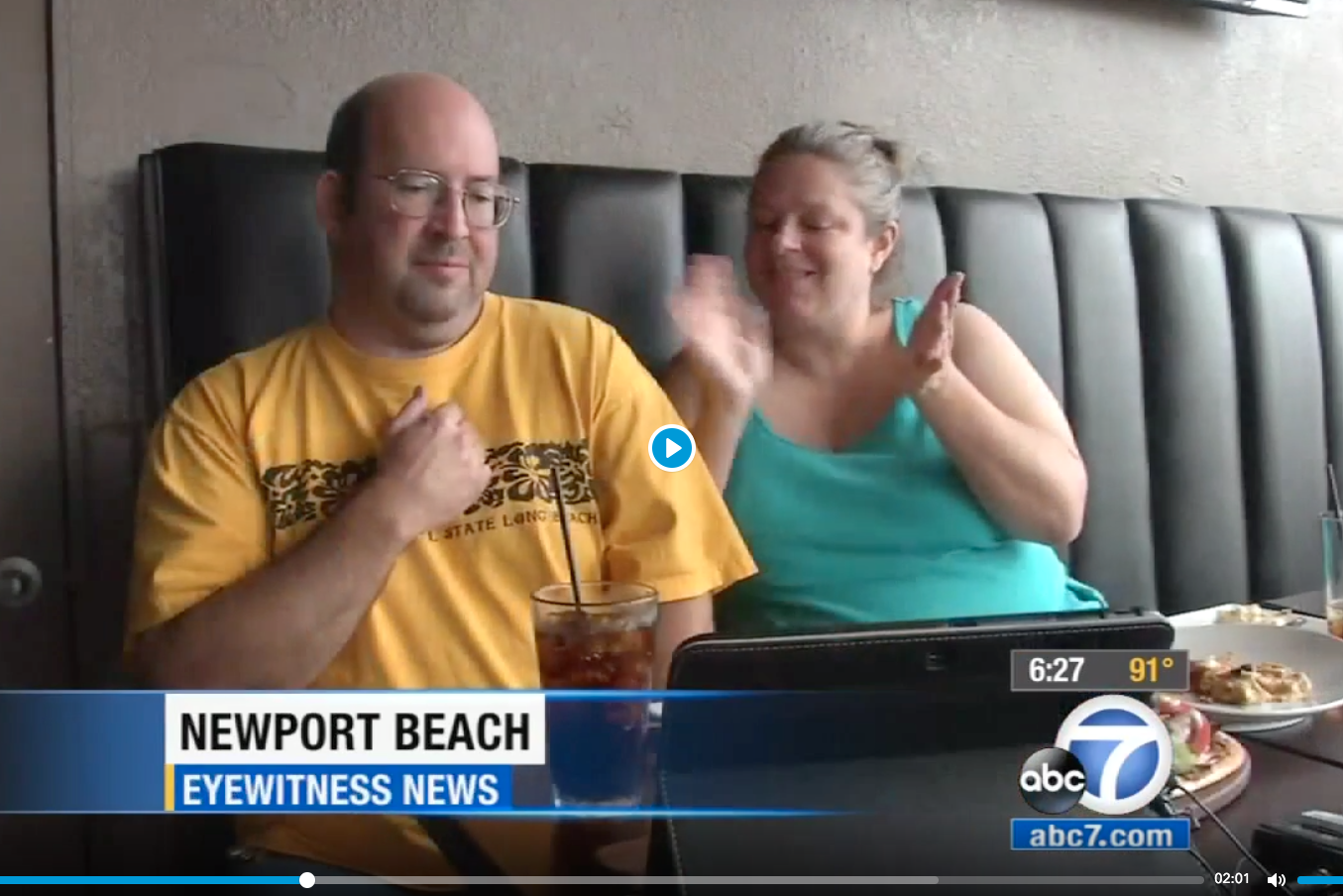 A Newport Beach restaurant has taken the hassle out of ordering pizza for deaf customers, making it as easy as pie.

For Janine Bulgin and her boyfriend, Jason Maurer, going out to eat can get frustrating, as they are both deaf.

“If it’s a mistake, I have to point at it, explain at it all over again,” she said.

They spoke to ABC7 using a video remote interpreter.

Now, Pizza Bar is the very first restaurant in the country to install the translation service. It allows people who are deaf or who have hearing loss to communicate with restaurant staff using sign language.

“It’s more friendly; I’m impressed. I’m so curious why they wanted to set it up here,” Bulgin said.

If a guest needs help, they push a green button, and they’re connected to a live interpreter on screen. The interpreter translates their sign language out loud for the waiter and vice versa.

“You just talk one-to-one and it translates instantly. So it’s just like you have a normal conversation and it makes people happy,” said restaurant co-owner Christian Wenninger.

“It allows the deaf community to come in and act and be treated just like everyone else,” said Tom Gruenbeck of Language People.

Language People says video remote interpreting has been used by some hospitals and businesses for quite some time.